Moorings Park Employees Rise in the Midst of Pandemic 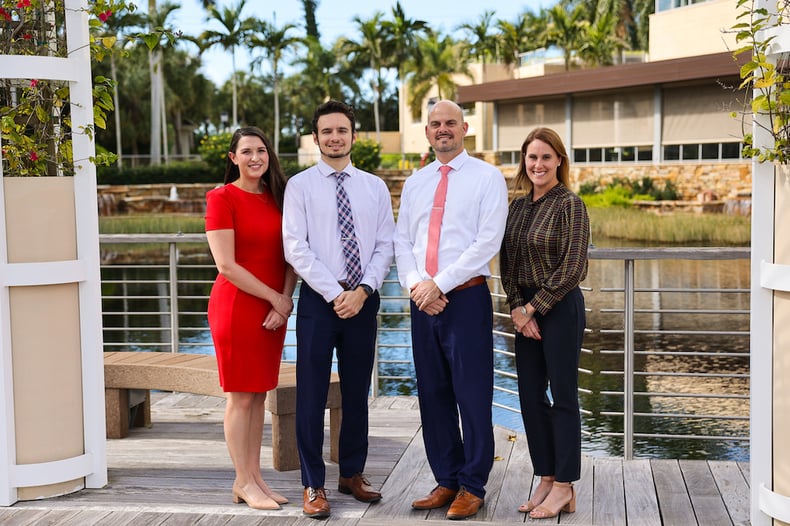 Since March 2020, the not-for-profit organization has hired 511 partners (employees) in a variety of departments, including marketing, finance, human resources, dining, and sales.

Moorings Park Communities received the Great Place to Work certification earlier this year. The not-for-profit organization offers a culture that values each individual and hires partners who live out the core values and embrace the mission of providing Simply the Best® communities and services for successful aging with professional and compassionate care to each person served.

The certification process considered more than 1,000 employee surveys from across Moorings Park Community’s locations. Great Place to Work, an independent research and consulting firm, evaluated more than 60 elements of team members’ experience on the job. These included employee pride in the organization’s community impact, belief that their work makes a difference, and feeling their work has special meaning. Rankings are based on employees’ experiences, no matter who they are or what they do.

Beyond having the stunning backdrops of each resort-style community as an everyday work setting, Moorings Park Community partners receive generous benefits, such as a retirement plan contribution match, rewards for leading a healthy lifestyle, childcare assistance, tuition reimbursement, paid health insurance, and more.

Moorings Park Communities has provided, and continues to provide, a clear path for partners who want to grow in their careers.

Kayla Crawford
Associate Executive Director of Moorings Park, Kayla Crawford, has been with the company for ten years. Though, she didn’t start in such a role. Back in 2011, she was a server in the community’s various restaurants and eventually became the Manager of Trio Restaurant.

Her former role that she operated during the pandemic was as the Executive Assistant to the Vice President of Operations, before being promoted to Associate Executive Director of Moorings Park early this year. She is now the point of contact for independent living members and strives to resolve any and all concerns. Additionally, she oversees a variety of departments including Wellness, Campus Life, Bower Chapel, Concierge, Move-in Coordinator and Orchid Terrace; all of which strive to provide Simply the Best services to members.

“Moorings Park has provided me and many others with countless opportunities to learn and grow professionally. Each day I come across partners from various departments who I have known for years, many of whom started in roles similar to mine, and have grown into new roles thanks to these opportunities,” shares Crawford. “Especially during the pandemic; Moorings Park has gone above and beyond to ensure our members and partners have a safe and supportive work environment during these unprecedented times, and for that, I am truly grateful.”

Nicholas Bruhn
Nicholas Bruhn, who was first trained by Crawford and learned each role the dining department had to offer, is about to celebrate eight years as a partner at the Naples-based Life Plan Community. Despite the pandemic, Bruhn was able to move up in his career.

“[During the pandemic] I was able to take a lead role in the assembly team we had for preparing resident meals to go. I was then given the opportunity to re-open Trio after it had been closed. In October 2020, I officially re-opened the restaurant and was titled Trio Dining room manager.”

Though, it didn’t stop there. He was then given the opportunity to open the brand-new, 5-star dining venues at the newest community, Moorings Park Grande Lake. Today, Bruhn is the Dining Manager for Zest Café and Bistro, Savor 26, and BlueStone inside the community’s new Clubhouse.

“Moorings Park Community is such a special place for growth because of how they treat their partners. Every partner is well looked after and recognized by not only their departments, but by the residents we serve. As an employer, Moorings Park Communities was able to provide both my sister and me scholarships for school. Having this benefit has always been amazing for all partners and family members.”

Jessica Brinkert
Jessica Brinkert, whose been a partner for more than 12 years, also experienced tremendous growth. She first entered as an Activities Assistant at Moorings Park, and three other roles later, she now oversees various departments at Moorings Park Grande Lake as the Associate Executive Director.

“With this stability and growth [Moorings Park Communities] is able to continue through some of the hardest times in the pandemic makes me thankful each day I get to call Moorings Park Grande Lake my employer,” says Brinkert.

Jordan Scardigno
“There’s no better feeling as a manager than to see someone move up the ranks and take on new roles,” says Moorings Park Executive Director (and previous Moorings Park at Grey Oaks Executive Director), Jordan Scardigno. He’s seen and had the honor of granting growth of partners within the company. He’s also grown himself, professionally, benefitting from gaining the experience of leading/directing two of the three campuses.

“I’ve benefitted from working with and observing wonderful leaders. I’m doing my best to display the same values and live the mission of Moorings Park Communities every day. I know that if I do that, only good things will come of it.”

Scardigno and the rest of the team say they are inspired by their leaders and mentors, and are thankful for the guidance and opportunity for growth that the Life Plan Community has provided.

Moorings Park Communities is committed to growth from within. Many partners have seen it, been a part of it, and seek to inspire that same growth amongst the partners that they work with every day.