2020 is going to be a very busy year for Moorings Park. That’s because it will be celebrating its 40th anniversary with a number of special events.

The concept of Moorings Park originated with a small group in 1978 who envisioned an opportunity to create a non-denominational community where retirees could enjoy a secure, comprehensive residential and healthcare program full of recreational, social and spiritual opportunities. 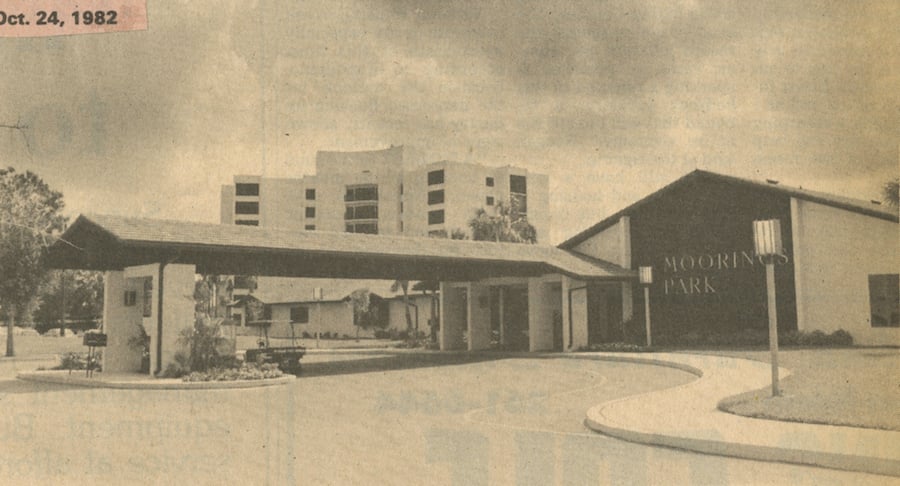 In 1980, a non-profit organization was established and the founders fulfilled their dream by welcoming the first residents into its one-of-a-kind community.

Throughout the years the Moorings Park campus grew to include a wide array of residential options and an ever-expanding list of unique amenities and services including The Chateau®, Bower Chapel, The Center for Healthy Living®, and Trio Restaurant – among many others.

Since the forming of the Moorings Park Foundation, many local institutions and charities, as well as the lives of thousands of individuals, including staff members, have been improved through the generosity of Moorings Park’s residents.

“It was 40 years ago the first residents moved into their new homes at Moorings Park,” said Dan Lavender, President and CEO of Moorings Park. “The community was such a success, in 2013 our Board decided to create a second campus, which became Moorings Park at Grey Oaks. And now we are currently working on our third campus, Moorings Park Grande Lake. I believe our founders would be proud of what their vision for Moorings Park has become and how it has enhanced the lives of its residents as well as the greater community.”

“We have many exciting and informative events planned for the next four months,” said Lavender. “It truly will be a celebration to remember.”

He added, “So much has been accomplished in our first 40 years. I know many more goals and accomplishments will be reached during our next 40.”